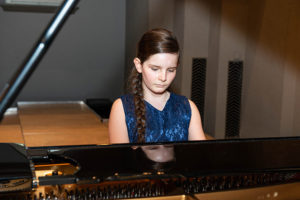 Emma Saskia Baehler, born in 2007, begins playing the piano before four years, and she gave her first official concert two years later playing mazurkas by Chopin and works by Brahms and with his mother Sibylle Bähler who is her first teacher.

Emma Saskia Baehler has already performed in several Swiss cities: Basel, Bern, Fribourg, Avenches, Sigriswil, Zürich and Thun, playing as a soloist and with his mother of fourhands. She has playing also in Germany.